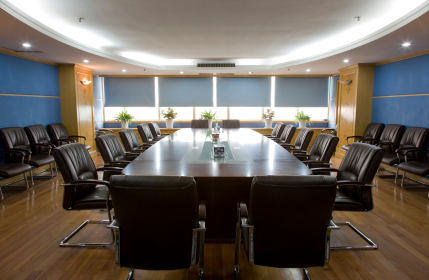 Almost all public companies buy directors and officers liability (D&O) insurance, providing officers and boards with protection against claims not indemnified by the company. But when companies unravel, they often do so spectacularly– and given how a typical D&O policy is structured, directors may not be as well protected in the event of a complete corporate meltdown as they might like.

That’s where independent director liability (IDL) insurance comes in. A specialized form of D&O that’s sold separately, IDL protects only the directors and would pay out even if all limits within a company’s D&O policy were exhausted.

Scott Godes, [formerly] counsel at Dickstein Shapiro and author of the Corporate Insurance Blog, says the beauty of IDL is that the policies are marketed as nonrescindable.

‘When D&O claims get messy or expensive, insurance firms have remarkably creative lawyers who can find ways to deny coverage or rescind the policy,’ he points out. ‘I saw one advertisement stating that IDL is insurance for insurance – if the insurance company is marketing these policies as rescission-proof, that should be a good sign.’

If you deal with insurance coverage issues, directors and officers issues, or securities issues, the article is worth a read.  IDL insurance is a pretty interesting product, and Elizabeth does a nice job of outlining the coverages and the pros and cons of buying such a policy.  So click on over to Do Directors Need Separate Liability Coverage
and read the whole thing.

This blog is for informational purposes only. This may be considered attorney advertising in some states. The opinions on this blog do not necessarily reflect those of the author’s law firm and/or the author’s past and/or present clients. By reading it, no attorney-client relationship is formed. If you want legal advice, please retain an attorney licensed in your jurisdiction. The opinions expressed here belong only the individual contributor(s). © All rights reserved. 2011. 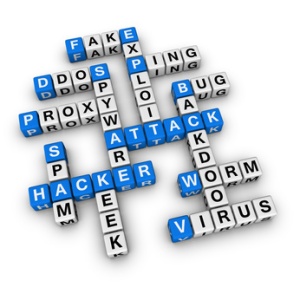 It seems that 2011 has been the year of cyberattacks – denial of service attacks, data breaches, and more.  Would your insurance policies cover those events?  Beyond the denial of service attacks that made news headlines, a shocking “80 percent of respondents” in a survey of “200 IT security execs” “have faced large scale denial of service attacks,” according to a ZDNet story.[1]  These attacks and threats do not appear to be on a downward trend.  They continue to be in the news after cyberattacks allegedly took place against “U.S. government Web sites – including those of the White House and the State Department –” over the July 4, 2009 holiday weekend.[2]  The alleged attacks were not only against government sites; they allegedly included, “according to a cyber-security specialist who has been tracking the incidents, . . . those run by the New York Stock Exchange, Nasdaq, The Washington Post, Amazon.com and MarketWatch.”[3]  The more recent ZDNet survey shows that a quarter of respondents faced denial of service attacks on a weekly or even daily basis, with cyberextortion threats being made as well.[4]

The cyberattacks that have stolen recent headlines were denial of service incidents.  Personnel from “CERT® Program,” which “is part of the federally funded Software Engineering Institute (SEI), a federally funded research and development center at Carnegie Mellon University in Pittsburgh, Pennsylvania,” have explained:

Some attacks are comparable to “tak[ing] an ax to a piece of hardware” and are known as “so-called permanent denial-of-service (PDOS) attack[s].”[6]  If a system suffers such an attack, which also has been called “pure hardware sabotage,” it “requires replacement or reinstallation of hardware.”[7]

The first place to look for insurance coverage for a denial of service attack is a cybersecurity policy.  The market for cybersecurity policies has been called the Wild West of insurance marketplaces.  Cyber security and data breach policies, certain forms of which may be known as Network Risk, Cyber-Liability, Privacy and Security, or Media Liability insurance, are relatively new to the marketplace and are ever-changing.  The Insurance Services Office, Inc., which designs and seeks regulatory approval for many insurance policy forms and language, has a standard insurance form called the “Internet Liability and Network Protection Policy,” and insurance companies may base their coverages on this basic insuring agreement, or they may provide their own company-worded policy form.  Because of the variety of coverages being offered, a careful review of the policy form before a claim hits is critical to understand whether the cyberpolicy will provide coverage, and, if it will, how much coverage is available for the event.  If your company does make a claim under a cyberpolicy, engaging experienced coverage counsel who is familiar with coverage for cybersecurity claims will help get the claim covered properly and fight an insurance company’s attempt to deny the claim or otherwise improperly try to limit coverage that is due under the policy.

Look also to other first party coverages, such as crime and fidelity policies, to determine whether there may be coverage for losses due to a cyberattack.  In particular, crime policies may have endorsements, such as computer fraud endorsements, that may cover losses from a denial of service cyberattack.[10]

The first coverage provided in a standard-form CGL insurance policy covers liability for property damage.  Similar to the analysis above for first party all risk policies, if there was damage to servers or hard drives, insurers should not be heard to argue that there was no property damage.  Courts are divided as to whether damage to data or software alone consists of property damage under insurance policies, with some courts recognizing that “the computer data in question ‘was physical, had an actual physical location, occupied space and was capable of being physically damaged and destroyed’” and that such lost data was covered under a CGL policy.[11]  Be aware, however, that the insurance industry has revised many CGL policies to include definitions giving insurers stronger arguments that damage to data and software will not be considered property damage.  But also note that your company’s CGL policy may have endorsements that provide coverage specifically for damage to data and software.[12]  Consider further whether a claim would fall within the property damage coverage for loss of use of tangible property—loss of use of servers and hard drives because of the cyberattack; loss of use of computers arising out of alleged software and data-based causes has been held sufficient to trigger a CGL policy’s property damage coverage.[13]

Depending on the types of claims asserted, other liability policies may be triggered as well.  For example, directors and officers liability policies may provide coverage for investigation costs,[15] and errors and omissions policies also may cover, if the cybersecurity claims may be considered to be within the definition of “wrongful act.”[16]  The takeaway for companies suffering from a cyberattack is that a careful review of all policies held by the insured is warranted to make certain that the most comprehensive coverage may be pursued.

Update:  This post also has been put online over at DoS-Attacks.com.  You can see the post by clicking here.

Second update:  This post also has been put online at the Lexis Insurance Law Community.  You can see the post by clicking here.

Third update:  This post also has been put online on the Blog Notions insurance blog.  You can see the post by clicking here.

Fourth update:  This post also has been put online on Core Compass.  You can see the post by clicking here (registration required).

This blog is for informational purposes only. This may be considered attorney advertising in some states. The opinions on this blog do not necessarily reflect those of the author’s law firm and/or the author’s past and/or present clients. By reading it, no attorney-client relationship is formed. If you want legal advice, please retain an attorney licensed in your jurisdiction. The opinions expressed here belong only the individual contributor(s). © All rights reserved. 2011.

This blog is for informational purposes only. This may be considered attorney advertising in some states. The opinions on this blog do not necessarily reflect those of the author's law firm and/or the author's past and/or current clients. By reading it, no attorney-client relationship is formed. If you want legal advice, please retain an attorney licensed in your jurisdiction.

NOTE THAT ANY CASE DECISIONS, COURT OPINIONS, RULINGS, AND/OR RESULTS DEPEND UPON A VARIETY OF FACTORS UNIQUE TO EACH CASE.

CASE RESULTS DO NOT GUARANTEE OR PREDICT A SIMILAR RESULT IN ANY FUTURE CASE UNDERTAKEN BY THE LAWYER.

The opinions expressed here belong only the individual contributor(s). © All rights reserved. 2015.

About the Corporate Insurance Blog

Welcome to The Corporate Insurance Blog. This blog is for corporate policyholders, risk managers, and in-house counsel who deal with insurance policies, programs, purchases, renewals, claims, and recovery.